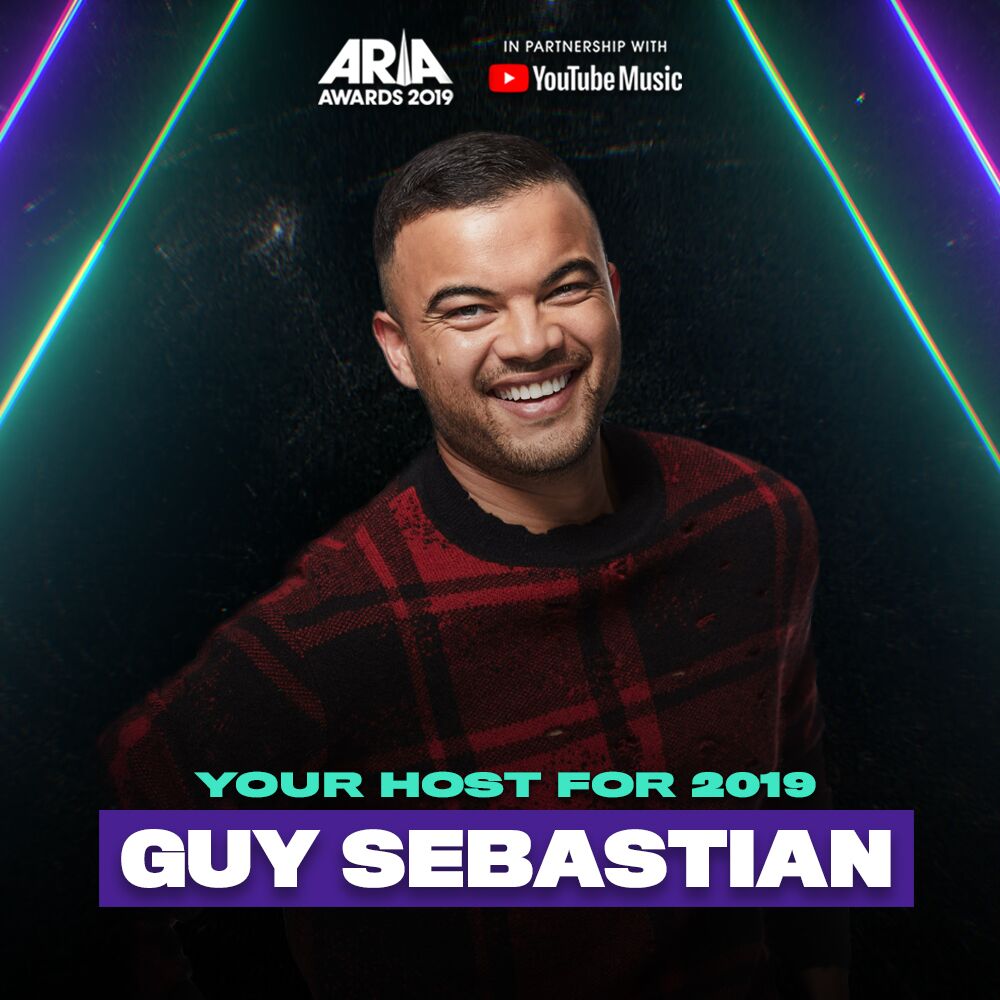 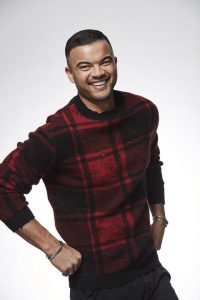 ARIA is thrilled to announce today that the host of the 33rd Annual ARIA Awards in partnership with YouTube Music is none other than Guy Sebastian. Sebastian’s no stranger to the ARIAs, having won 4 ARIA Awards from 27 nominations. His impressive CV – including his inaugural Australian Idol victory, a Eurovision Song Contest top-five appearance, his role as a coach on The Voice – makes him the natural choice as host of the 33rd Annual ARIA Awards, a role he will be undertaking for the very first time.
“I am so pumped and honoured to be hosting the 2019 ARIA Awards. The Australian music industry is so diverse and I can’t wait to celebrate with you all as we unite to recognise and celebrate how much talent we have to offer the world,” said Guy Sebastian.
Watch Guy Sebastian’s ARIA host announcement below:

Guy Sebastian is one of Australia’s most enduring, successful and talented male artists. He has sold over 7 million units worldwide with 61 platinum certification awards (including 11 for single “Battle Scars”, which also boasts over 210 million streams worldwide and US platinum certification). He is the male solo artist that has had the most ARIA number one singles with six times at the top, as well as two ARIA number one albums.

Sebastian was also the first Australian to perform in the Eurovision Competition, has appeared as a coach and judge on both The X Factor and The Voice Australia, and performed on the Late Show with David Letterman, Jimmy Fallon Live and The Conan O’Brien Show. He is also no stranger to international superstars, having worked with world-renowned musicians Brian McKnight, Robin Thicke, Steve Cropper, John Mayer, Jordin Sparks, Eve and Lupe Fiasco.

Sebastian’s soulful and powerful voice, his honest lyrics and genuine family values bring sincerity that the Australian public have related to since he burst onto Australian TV screens in 2003. He is not only a talented performer but a passionate family man and advocate. His family charity The Sebastian Foundation, which seeks to collaborate with like minded partners and charities to provide a little bit of the warmth and benefit of a family where it might be missing, through lack of privilege, serious illness or domestic violence. Just some of their projects include donating sleeper beds to The Children’s Hospital at Westmead so that families can stay together through treatment, creating a garden in a women’s shelter to give hundreds of women escaping domestic violence a sanctuary within which to heal, and making over the kitchen and living area of the only young girl’s refuge in NSW. This year he has been awarded an Order of Australia medal for his outstanding achievements and community service, an honour he said “brought him to tears”.

His latest single “Choir“, which has been the number one most played song on Australian radio for six consecutive weeks (surpassing all other international and Australian artists released at the same time), has garnered over 14 million streams worldwide since its release in June. Sebastian will be hitting Sydney this week (Thursday, October 3rd), and next (Thursday, October 10th) for the final shows on his sold out Ridin With You national tour.

Dan Rosen, Chief Executive for ARIA said: “ARIA is honoured and excited to have Guy Sebastian as our host for the 2019 ARIA Awards. He is one of Australia’s most talented artists and has had an incredible last 12 months. Guy will be an amazing host to lead the celebration of another great year of Australian music, and we cannot wait for music fans around the country to see what we have in store at this year’s ARIA Awards.”

NSW Minister for Tourism, Stuart Ayres, said, “Guy Sebastian is one of Australia’s greatest musical success stories and we are delighted he will host the 33rd annual ARIA Awards in Sydney, further cementing our reputation as the nation’s music capital.”

Proudly supported by the NSW Government via its tourism and major events agency, Destination NSW, the Australian music industry’s biggest night of celebration is set to make a triumphant return to Sydney on Wednesday 27th November 2019.

Stay tuned for more exciting announcements about the 2019 ARIA Awards in partnership with YouTube Music.